I wish everyone a Merry Christmas and a Happy New Year 2017!

For most people around the world, Christmas is an imported tradition. In earlier times there was not Christmas in Sami tradition. Today Christmas is celebrated among the Sami in the same way as that of other peoples in the world. Maybe Sea Saami have some more delicacies from the sea, perhaps Fishing Saami have more salted fish of different shapes and maybe reindeer herders have more reindeer meat among all the Christmas Ham and dried, salted and lye Stockfish (Lutfisk)? Otherwise, the Christmas celebrations is the same as for everyone else on earth.

Merry Christmas can be said in many ways in Saami. The reason is that the Saami language is actually many different languages. It has “Merry Christmas” in Sami from northern to southern Saamiland – A language trip from the White Sea at Kola Peninsula in Russia to the deep forests at the Coutny of Dalarna in the south Sweden;

It´s belived that in ancient time were more Sami languages in central and south Finland and in Karelia (Koponen, 1996; Saarikivi, 2004; Aikio, 2007).

In Sweden there are a list of 1.644 Saami words from Valbo, Gästrikland,  recorded in 1770 – 1780 by a student Petrus Holmberg to Carl von Linné. A summary of the list was published by K.B. Wiklund. The whole list could be find in manuscript collection number 105 by historian Ihré at UBB, University of Uppsala, Uppsala, Sweden. This may indicate that there has been a futher Saami language, or South Saami dialect, south of the South Saami language.

About “Merry Christmas” in Lule Saami language it was traditionally  ”Buorre Javla”. However, today it is more populare to say  Buorre Javlla.

Although Christmas traditions are a relatively recent among the Sami and Sami culture. My father, who was born on the 25th December 1914, told me that in his youth he noticed that the Swedes had Christmas trees. Of course, he also wanted a Christmas tree at his home in Alesdis (Eagle Bay).

With his younger brother they skied around 3 mile over the lake Tjeggelvas to Guosak. “Guosak” means in Saami language where the fir trees growing. There cut down a tree and began to drag it across the lake to their home.

In the middle of the lake, they met an elderly Saami from Ales Giehtje. Ales Giehtje means in Saami language “The west end” of the lake Tjeggelvas. The older Saami man recommended the young people that they should trimming the tree and take away all the sprigs. Then the tree will be easier to transport. My father explained that they had been cutting a “Jåvvlåguossa” (Christmas tree in Saami). The older Sami explained that there are no Christmas trees – just trees – and asked which trees would only grows during Christmas?

Back home my father set up the Christmas treewith no decorations. My grandfather Nila arrived home in the evening from the reindeer hearding. My grandfather spoke no Swedish, and had never heard of Swedish Christmas traditions. In addition, my parents lived completely cut off from the outside world with no road, electricity, telephone, running water or other amenities. The first thing my grandfather wondered was; Why there was a tree in the house? The Christmas tree was not very long-lived. It was takend out after a few days. My grandfather thought it was youthful stupidity to take in a tree into the house and for what?

With this little Christmas story from historic day in the mountains, I wish all of you, who read this blog, a Merry Christmas and a Happy New Year 2017!

One thought on “Merry Christmas in Saami languages!” 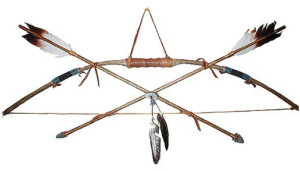 Blogger is the Saami lawyer, political scientist, head of department and parent Lars-Nila Lasko, and know the most about the Sami rights situation and the rights of the Saami history. Lars-Nila Lasko is also a member of the board to the Saami legal and historical of law organization “Sami Rights Association”

On this blog you can read posts about Sami history and Sami right.

Most popular reading the last 48h

Be a member of the Facebook group Sámi Historja – Saami History

Blog of Leadership in Swedish
If you want to know more about leadership and managment in the Swedish language - This is the blog for you!

Saami History Blog in Swedish
If you want to know more about the Saami Peoples history in the Swedish language – This is the blog for you!

Saami History Blog in English
If you want to know more about the Saami Peoples history – This is the blog for you!

Be a member of the organisation for Saami History

Lars-Nila in Newspapers, TV and Radio

Swedish Telivision
Convicted in court for racism against Saami People

Swedish Telivision
Saami flag has no legal status in Sweden

Swedish Radio
saami Parliament in Norway would have reacted

Swedish Radio
Saami Parliament will have a new Homepage

Swedish Radio
New definition of who is a Saami

Swedish Radio
Ax will be burried

Swedish Telivision
Protection in the constotution for the Saami People

A Student of History

It Happenned Yesterday - Its History

Stuff You Missed in History Class